Isao Takahata (1935 - 2018) was a remarkable Japanese animation director, producer, screenwriter and one of the three co-founders of Studio Ghibli, he is known for his timeless animated classics such as Grave of the Fireflies (1988), Only Yesterday (1991), Pom Poko (1994), My Neighbours the Yamadas (1999) and The Tale of The Princess Kaguya (2013).

It's an undeniable fact that Isao Takahata and Hayao Miyazaki are the foundation of Studio Ghibli. These two vastly different yet equally masterful directors used their own special methods to create their unique and beautiful animated films, these two are the yin and the yang of Ghibli. Miyazaki's career in animation has since become legendary and his catalog of films are now world famous, while Takahata's less unsung, slower to produce but relentlessly experimental and risk-taking filmography is just as dazzling and inspiring. Takahata's films focus more on raw humanity over pure fantasy, his life's output is half that of Miyazaki's, but it's just as impressive. Isao Takahata is Ghibli's underdog, and his work doesn't get enough respect.

During an extensive fifty year career, Isao Takahata directed over eleven animated films and some of the most successful anime TV series of all time. Takahata co-founded Studio Ghibli in 1985 with his long-time animation partner Hayao Miyazaki after their joint success of Nausicaa in 1984. Takahata served as the head producer at Studio Ghibli and was instrumental in facilitating some of Miyazaki's most groundbreaking animations, and in turn Miyazaki served as head producer to all of Isao Takahata's films. 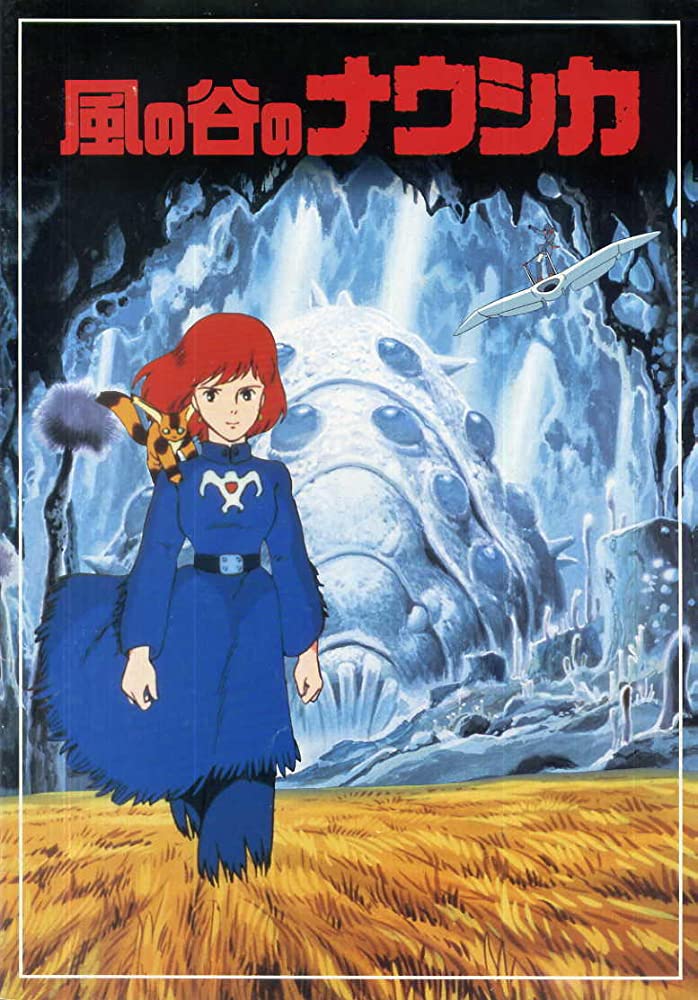 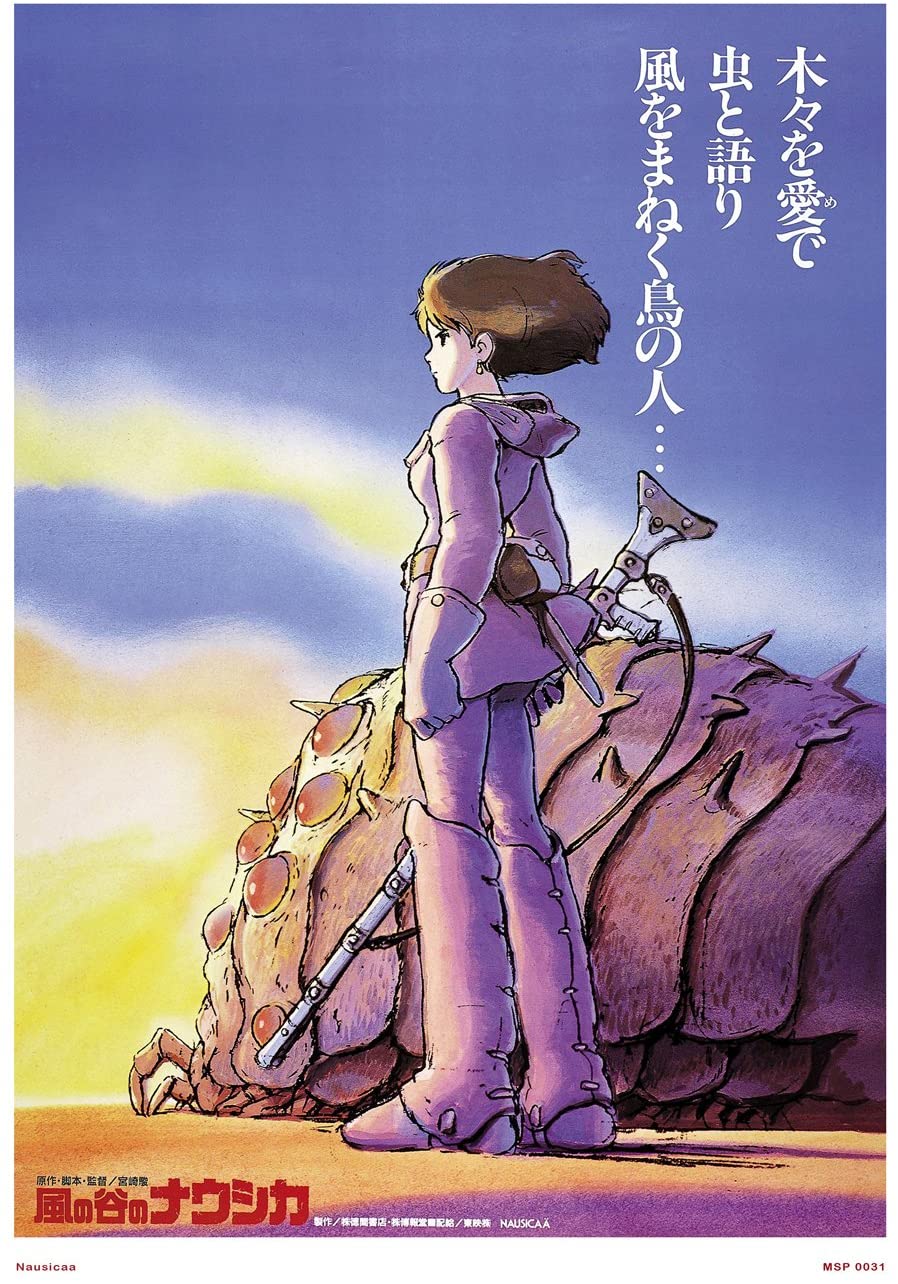 In direct contrast to Miyazaki's elaborate, sprawling fantasy based worlds, Isao Takahata's melancholic and humorous animations are far smaller in scale, microcosmic intimate narratives, emotional and impressionist stories that revolve around the themes of memory and childhood. The director's films are grounded in realism and focus on the simple joys of everyday family life. In other words, Takahata films are the definition of "animated reality".

Isao Takahata's distinctive hand-drawn watercolour animation style and his unique approach to character design is what truly sets his work apart from other animation directors. The way that his characters look, behave, move and express their emotions displays an unmistakable authenticity and affinity from Takahata for celebrating the idiosyncratic complexity of human behaviour and nature. Despite his roots in the realm of realism, the true beauty and irony of Takahata's career is that his character designs became progressively more expressive and cartoonish with each new animation.

Isao Takahata's animations focus on realism in the micro, capturing simple everyday actions and moments with an unparalleled attention to detail.

For animators, illustrating tedious everyday actions is one of the hardest things to get right, and when it is successful, those scenes normally become invisible to the audience because of subtly. Whether it's the way someone drinks their cup of tea, cuts a pineapple, or peels a banana after a long day of work, there's honestly something genuinely profound about witnessing those mundane human moments through the lens of animation.

The macro of Takahata's world is all about impression, moving further away from the vibrant landscapes and otherworldly fantasy creatures of Miyazaki's films to provide the audience with something more illusive and stripped down. All his films are meditations and feature intensely relatable characters who deal with the same universal challenges and setbacks we all face. His characters reflect essential aspects of our own human condition with more authenticity than most real actors can muster today. 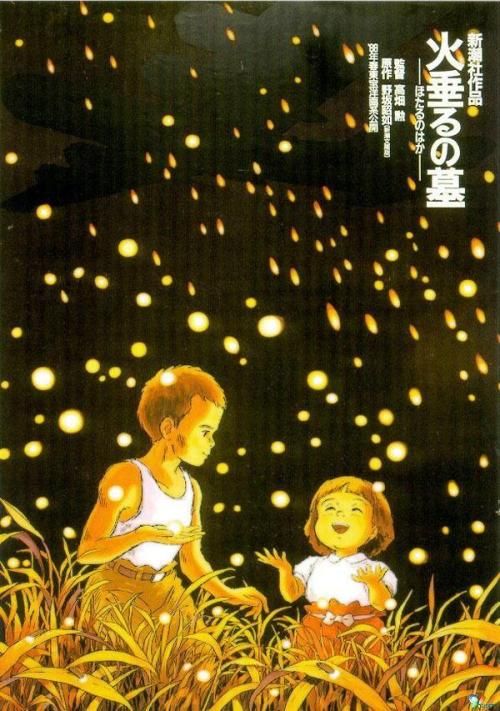 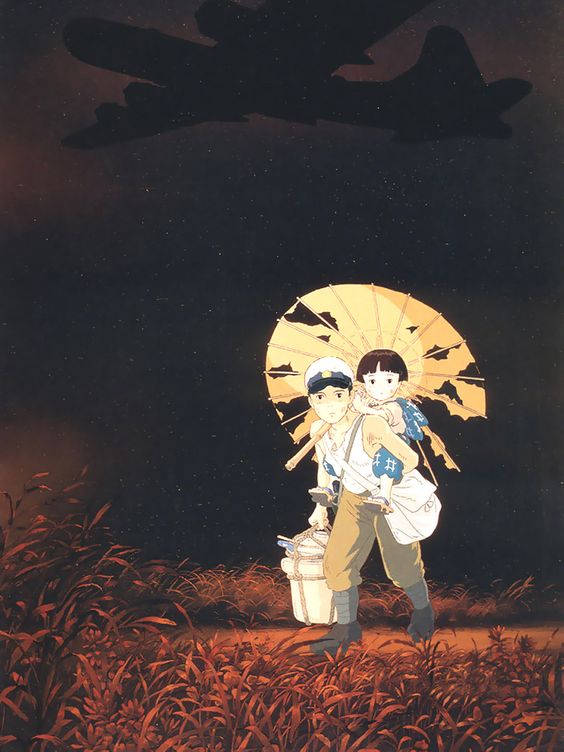 Takahata's first animated film, Grave of the Fireflies (1988) is a powerful meditation on the human cost of war, a semi-autobiographical masterpiece. This film was my introduction to Takahata's work and proved to be a life-changing experience, this film managed to completely redefined my perspective on animation, along with Katushiro Otomo's AKIRA (1988). The story takes places in war-ravaged Japan during the devastating American bombing raids of WW2. The central plot follows the journey of two displaced children, a 14 year old boy, Seita, and his four year old sister, Setsuko, who become orphaned and attempt to survive the war together. 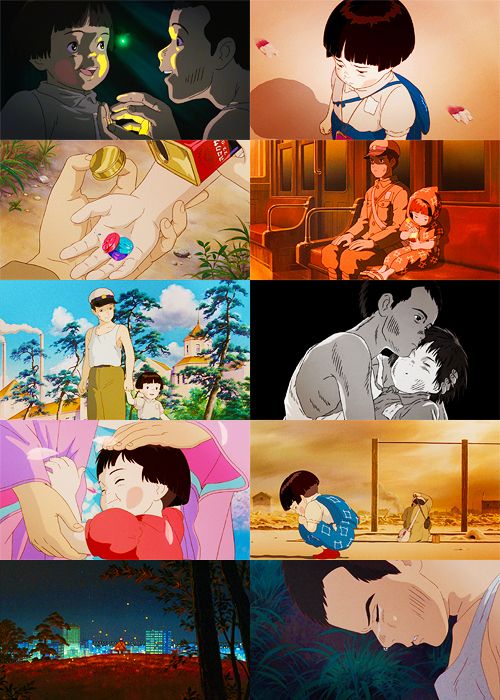 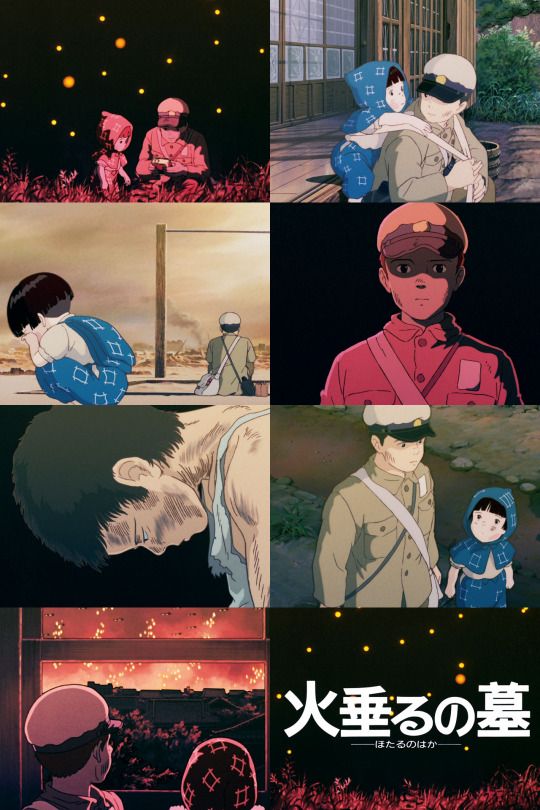 Grave of the Fireflies flipped my young mind upside down. It was a truly revelatory experience for me to witness such a harrowing and challenging story told through the same vibrant animated lens of Studio Ghibli that I was already so accustomed too. My first viewing of Grave of the Fireflies, when I was around age 10, evoked an immensely strong emotional reaction within me, certain scenes and images burned their way deep into my memory and particular moments in the storyline brought me to tears, no animated film had ever effected me in such a powerful way before on such an emotional level.

The haunting real-life subject matter and the endearing yet tragic plight of the central characters is truly compelling and unforgettable. The vast contrast in style between Isao Takahata and Hayao Miyazaki as animation directors is evident from the fact that Grave of the Fireflies and My Neighbour Totoro were released in the same year. Two incredibly unique films from Studio Ghibli, but on completely different ends of the spectrum.

Only Yesterday (1991) tells two separate intertwining stories, the first follows the protagonist Taiko in the visually refined and highly detailed modern world, she journeys to the countryside to escape and take a cleanse from metropolis society. The second story delves into Taiko's memories of childhood, the 10-year old girl tries to navigate the universal challenges of school, family, romance and emerging womanhood. These memory segments are presented in a much hazier and stripped down visual style with washed out colours and unfinished backdrops that feels somewhat rough around the edges, which is exactly the point of the film, with Takahata managing to masterfully capture the incomplete feeling and nature of memories.

Revisiting this film recently, 25 years after its release, only made me appreciate Takahata's idiosyncratic subtly and nuances even more, you can really relate to the central character and her endearing universal challenges. Only Yesterday is an understated timeless classic that is hard to watch without nostalgia from your own childhood coming back to greet you. A profound exploration of how adolescent and adulthood intersect and reinforce each other as we attempt to make sense of our past and present in the now.

Pom Poko (1994) was the perfect way for Takahata to follow up Only Yesterday and is among the auteur's most visually inventive and compelling works. Pom Poko is the most fantasy oriented film of the director's career that celebrates the importance of wildlife, ghosts, demons, spirits, folklore legends and the supernatural. The immersive and poignant story is an allegorical environmental fable that follows a clan of shape shifting racoons who use their mystical powers to defend their ancient forests from being destroyed by the encroachment of modern human civilisation. The racoon clan begin to study and parody human behaviour and eventually launch a scheme to scare them into hiding by transforming into a massive Yokai night parade.

My Neighbors the Yamamdas (1999) is Isao Takahata's lowkey classic comedy film about everyday family life, painted in a simplistic, washed out watercolour comic book/storyboard drawing style, and depicts the ups and downs of the quirky and wholesome Yamada family. From a visual perspective, this is Takahata at his most "cartoonish", but ironically, it masterfully captures the magic and realism of typical family life.

The director's final animated film was The Tale of the Princess Kaguya (2013), based on The Tale of the Bamboo Cutter, a 10th century Japanese literary tale. This epic watercolour animation tells the story of a tiny nymph who is found inside a bamboo stalk and grows to become a beautiful and desirable young woman. She is placed in a position of royalty and orders her suitors to prove their love by completing near impossible tasks, She grows jaded with her sheltered and tedious life and tries to escapes back home to the countryside to reconnect with her roots. This film was the most ambitious and time consuming project of Takahata's entire career, which was finally completed before the master passed away at the age of 82.

Isao Takahata is an esteemed animation filmmaker who is definitely worth your time, everyone knows about Hayao Miyazaki or has seen some of his iconic supernatural films, but the criminally understated films of Mr. Takahata are amongst the brightest gems in Studio Ghibli's back catalog. Takahata's inventive animations are fantastical dream worlds that blur the lines between reality and fantasy and primarily focus on portraying the raw intensity and complexity of human emotion through the power of visual storytelling.

On the surface, some people may wonder why Takahata's films were animated to begin with, It's been argued before that his stories would be just as powerful if directed in live action, but I would argue the opposing case, the fact that Takahata's films are animated is exactly what makes them truly special and powerful. I believe that it's essential for certain stories, genres and styles to be told through the lens of animation in order to be done properly, with fantasy-based tales as a prime example. Animated films that are needlessly adapted into live action always fail to capture the same magic as the original or re-tell the story any better. Even if you could replace all the intricate hand-drawn animation with actors, props, green screen sets, and CGI garbage, why on earth would you want to do that?