The legendary Japanese musician that transformed the landscape of modern music as the head architect of Yellow Magic Orchestra.

Haruomi Hosono was in born in Minato-ku, Tokyo, on July 9th, 1947, he is the grandson of Masabumi Hosono, the only Japanese Titanic survivor.

Hosono is easily one of Japan's most culturally significant and influential musician alive today. A prolific experimentalist, bassist, singer, record producer and band leader with an impressive career spanning five decades, with over 30 unique solo albums and hundreds of studio recordings as a record producer, songwriter, arranger and session player. Hosono is the godfather of Japanese electronica. A true polymath and creative maverick with an avid curiosity for exploring new sonic territory.

He embodies a strong free-wheeling creative ethos that dismantles the plasticity of genre and bends it to his artistic will. He's the enigmatic chameleon auteur of his own idiosyncratic musical universe, playing host to an encyclopaedic plethora of sonic and cultural influences, his immense catalog of exuberant cross-pollination is impossible to pigeon hole. Hosono pioneered the "sight-seeing" concept, a mode of creation and listening, where both the artist and the listener should view themselves as nomadic island hopping musical tourists, absorbing all the exotic sights and sounds of foreign cultures with a fresh perspective and open frame of mind.

Hosono began dedicating himself to music from an early age. As a kid, he grew up with an obsession for American pop culture, surrounded by piles of 78rpm "boogie-woogie" records which captured his imagination and would influence his ventures into rock, folk and country music. Hosono bought his first guitar at age 12, formed his first band at 14, and was also heavily influenced by Manga, Cinema and Rakugo in addition to music.

He started his musical career in '69 as the bassist for the short-lived psychedelic rock outfit Apryl Fool, before swiftly establishing his first real group, the avant-garde folk band Happy End in '70. They were the first Japanese rock group to sing entirely in their native language, a massive turning point in Japanese pop music history. The group's unorthodox fusion of west coast sounds and playful Japanese lyricism resulted in three acclaimed albums which established the Japanese rock genre. Happy End are sometimes referred to as "the Japanese Beatles", due to the significant cultural impact that the group made in their country of origin. My favourite songs include Kaze wo Atsumete & Natsu Nandesu.

In '73, the same year that Happy End disbanded, Hosono assembled a crew of talented studio musicians, Tin Pan Alley, to live and record music together in a tiny rented Tokyo apartment, stacked to the ceiling with instruments and recording equipment. This ensemble would play alongside Hosono on all his future solo projects and became his trusted live band. During this time, Hosono was becoming increasingly infatuated with the sonic nostalgia of mid-century Americana and the intoxicating exotica sounds of island "paradise", exemplified by American lounge musician Martin Denny.

Hosono chose to blend the tropical island aesthetic of Hawaii and Okinawa with influences from South American and Chinese music to produce a series of eclectic and exotic jazz fusion records. He kickstarted his solo career with Hosono House, a enigmatic blend of virtual Japanese exotica, acoustic bossa-nova melodies and Americana country music. My favourite tracks from this project include Fuyu Goe, Choo-Choo Gatagato and Bara To Yaju.

Hosono House was just the start of Haruomi's exotica era, he swiftly followed it up with three of his most colourful fusion albums, known as the "Tropical trilogy"; including the oceanic marimba daydreams of Tropical Dandy in '75, the New-Orleans/Okinawa big-band swing of Bon Voyage co. in '76, and the mystical electronica-funk odysseys of Pacific and Paraiso in '78. This last album of the trilogy features Hosono's first collaboration with his future YMO band members Ryuichi Sakamoto and Yukihiro Takahashi. The trio's early forays into electronica experimentation can be heard on the tropical birds-of-paradise grooves and synthesised instrumental textures of "Femme Fatale", "Shimendoka" & "Paraiso". Check out some songs below.

After Paraiso, Hosono travelled around India recording a drastically different project, Cochin Moon, an experimental synth soundtrack for an imaginary bollywood film, initially a collaboration with artist Tadanori Yokoo, who designed the artworks for Paraiso & Cochin Moon. This album is Hosono's earliest solo recordings where he created music exclusively with a synthesiser, this instrument would later heavily influence all his future musical work.

"I get bored real easy. It's always the same. If I'm making techno, I'll want to listen to country. Like if you're eating something sweet, you'll want to eat something savoury, That's how you get fat!" - Hosono (2019)

In 1978, Hosono founded the most successful project of his career. He enlisted the skills of Sakamoto and Takahashi to establish their futuristic electronica outfit Yellow Magic Orchestra. This innovative group chose to embrace modern musical technologies during the zeitgeist of the Techno-pop and acid-house movements, alongside the likes of Kraftwerk, to produce avant-garde computerised dance tunes that were unmistakably Japanese in nature. Hosono was "the ideas man" within YMO.

YMO 's music would ultimately revolutionise the future dynamics of pop and hip-hop music with their pioneering use of Moog synthesisers, drum machines, samplers, rhythm machines, computers, sequencers, and digital recording technology. Hosono originally intended YMO to be a one-off stand-alone project, to transform traditional Japanese compositions into something entirely modern and electronic, while exploring the sounds of computerised exotica that would parody the western interpretations of oriental music, encapsulated by the group's lovingly sarcastic cover of Martin Denny's "Firecracker".

The technological innovations, cultural impact and international success of Yellow Magic Orchestra's music redefined a whole era of popular culture, known in Japan as the "YMO generation". The group were covered by Michael Jackson & Eric Clapton, toured extensively around the world, had multiple platinum records and even featured on Soul Train in America. Watch this brilliant interview with Yellow Magic Orchestra in the studio during their golden years, discussing their creative process.

The impact and influence of Hosono's music has seen him sampled by legendary hip hop producer J Dilla and covered by psychedelic rocker Mac Demarco. Haruomi was even asked to produce a crunchy electronic remix of James Browns' "Sex Machine" back in 1986 with Friends of Earth. Hosono would continue recording his experimental solo albums all throughout the 80's, 90's and 2000's, exploring the sounds of spiritual ambient electronica, 8-bit nintendo chiptune and eclectic world fusions.

Hosono's entire discography & musical journey is far too immense and intricate for me to summarise in this one article alone, even the maestro himself cannot recall how many albums he's made!! The influence of Hosono's artistic legacy cements his place in history as one of the head architects of modern pop music. The thing that truly defines Hosono is his wonderful wit and sense of humour applied to everything he does as an artist, even though he's a genius he's never full of himself. He's an eclectic shapeshifting mastermind of global musical styles with an incredible goldmine of music under his belt, and he's still going strong today!

~ Scroll through a gallery of Hosono's album artworks, including Apryl Fool, Happy End, YMO and nearly all his solo works. ~ 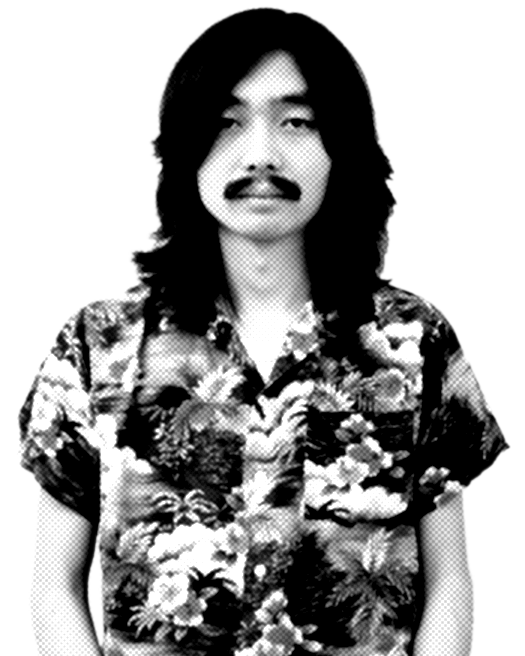 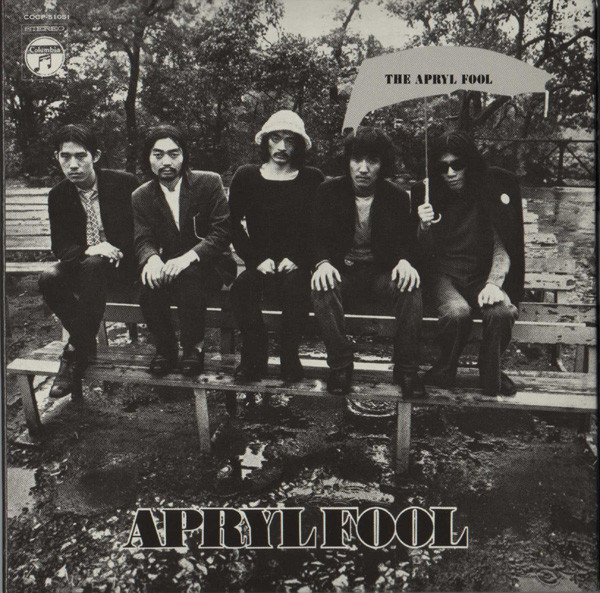 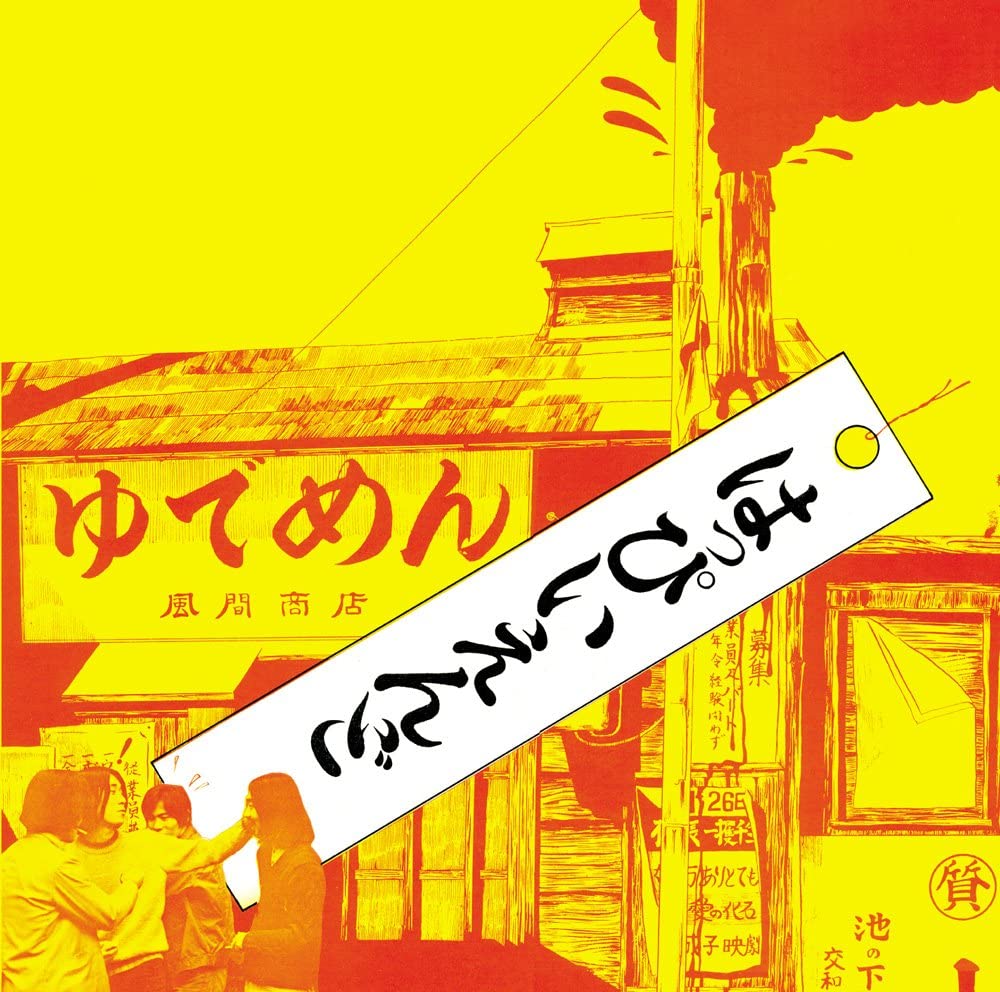 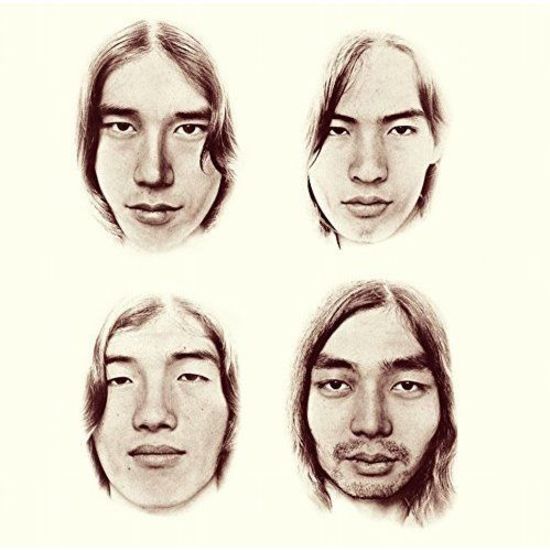 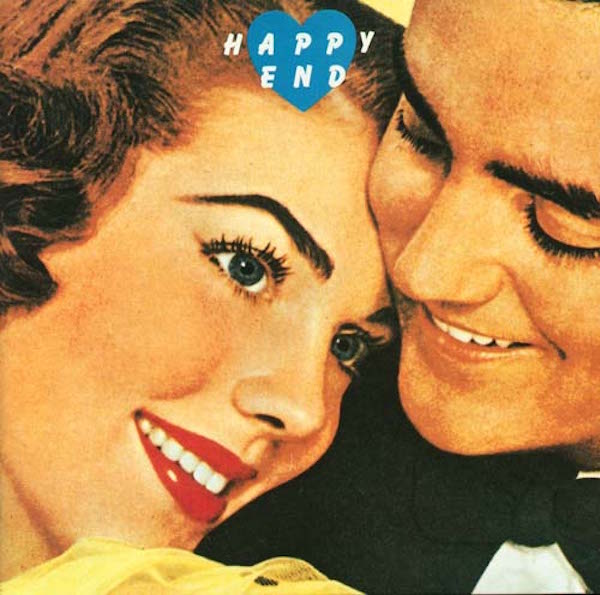 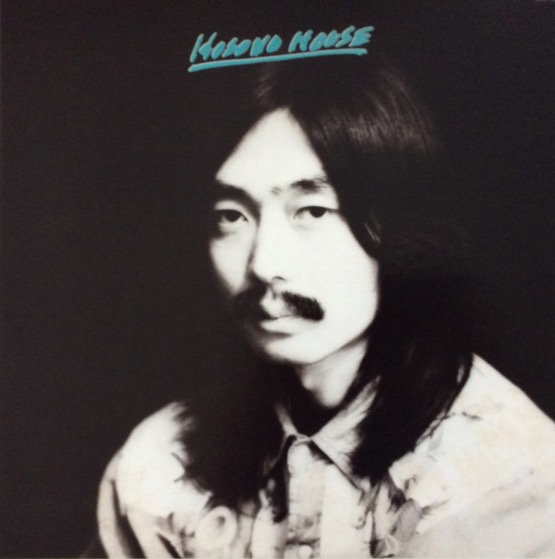 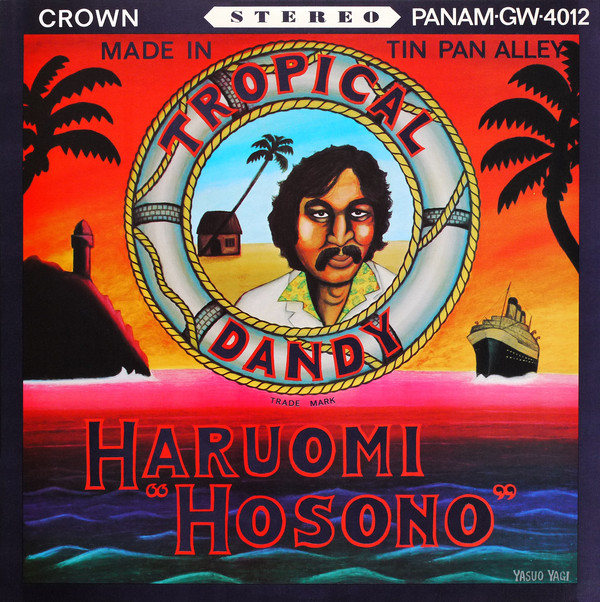 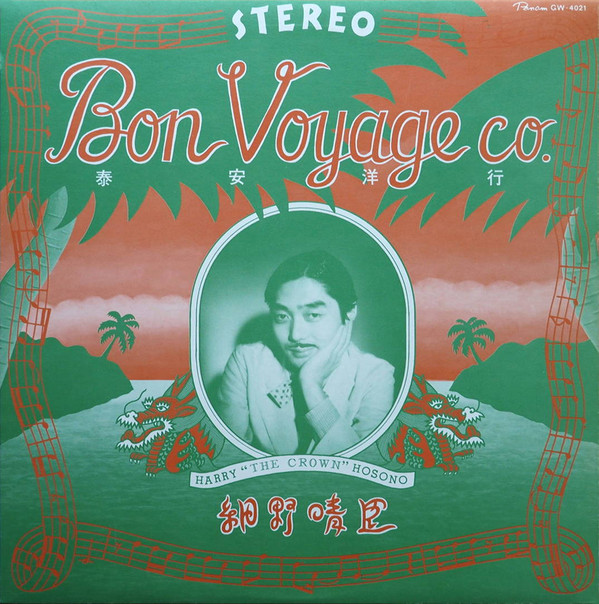 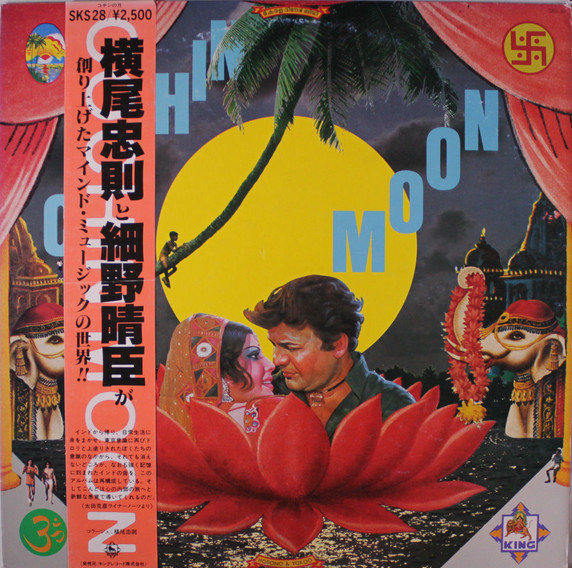 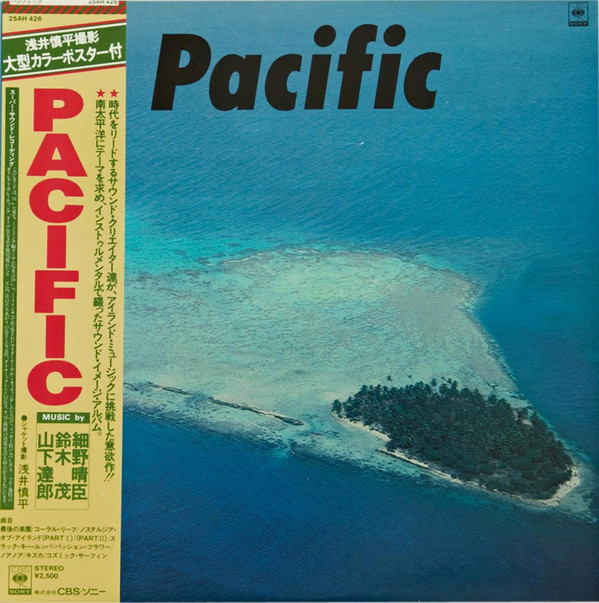 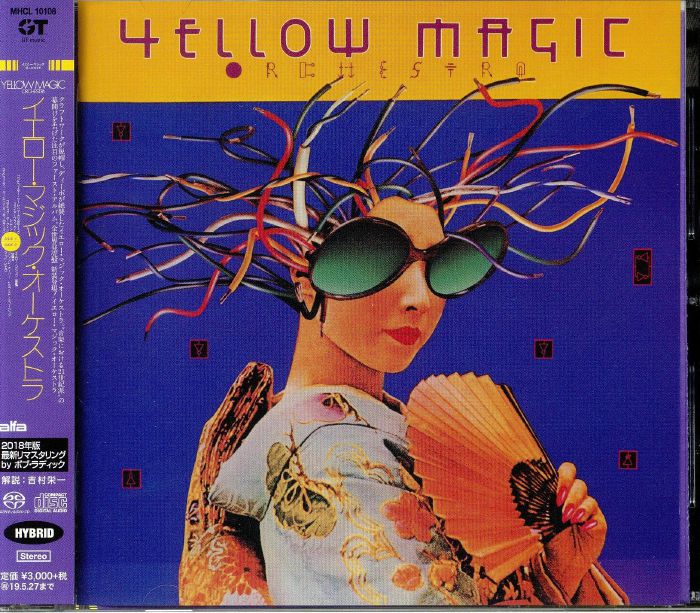 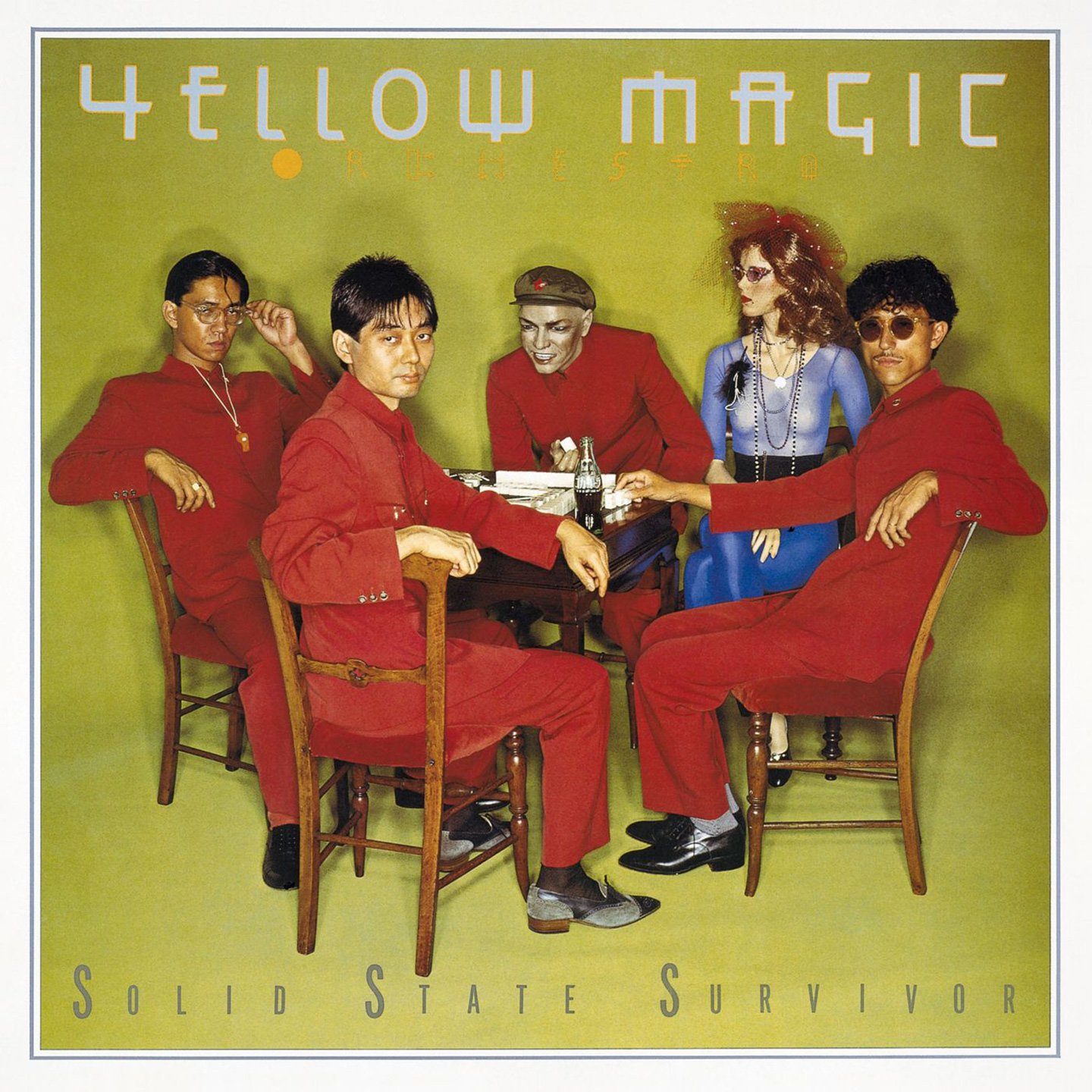 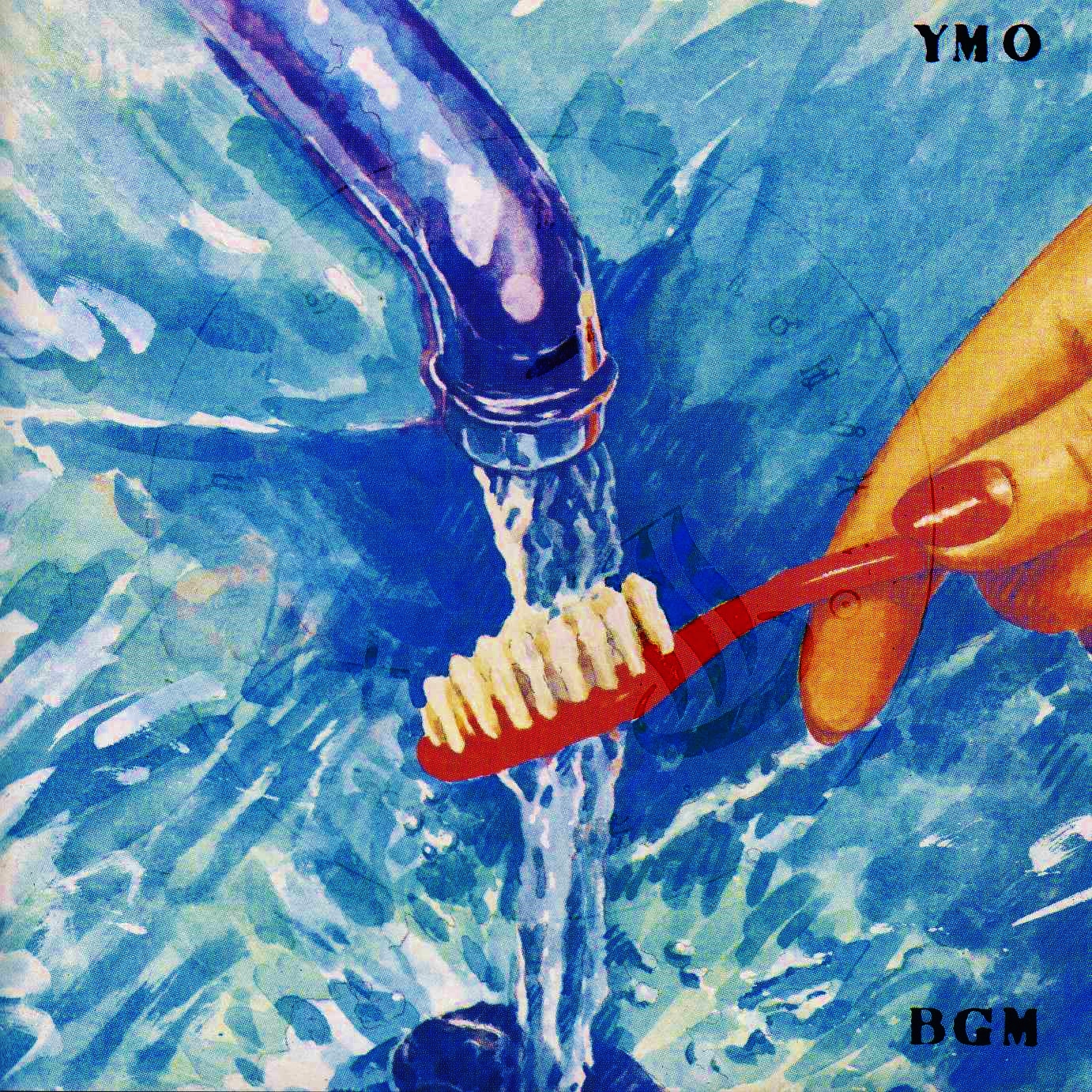 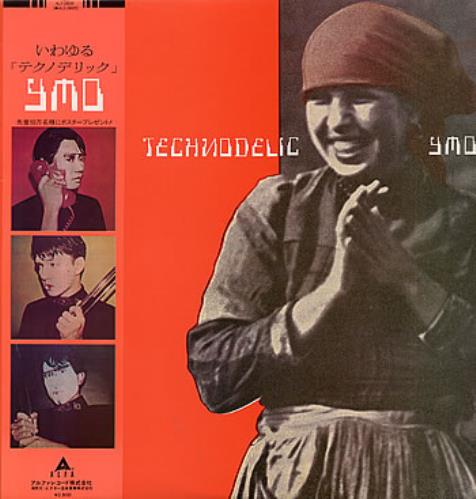 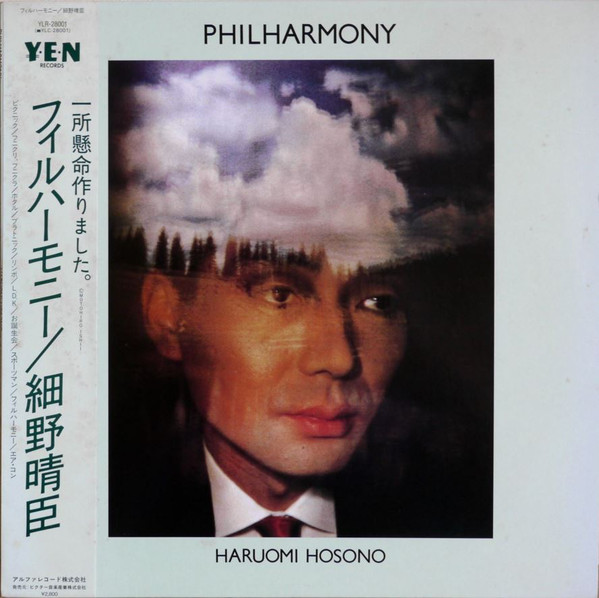 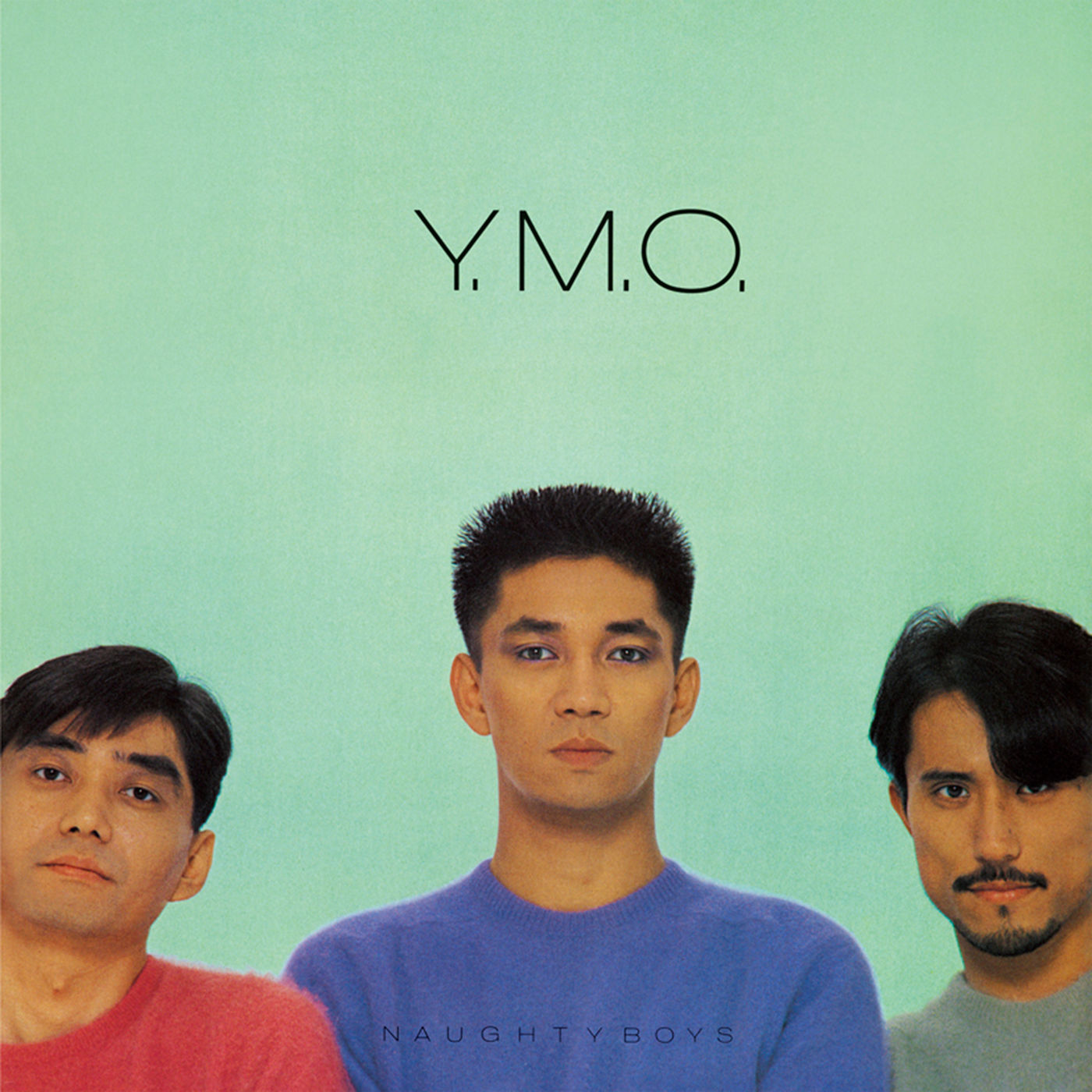 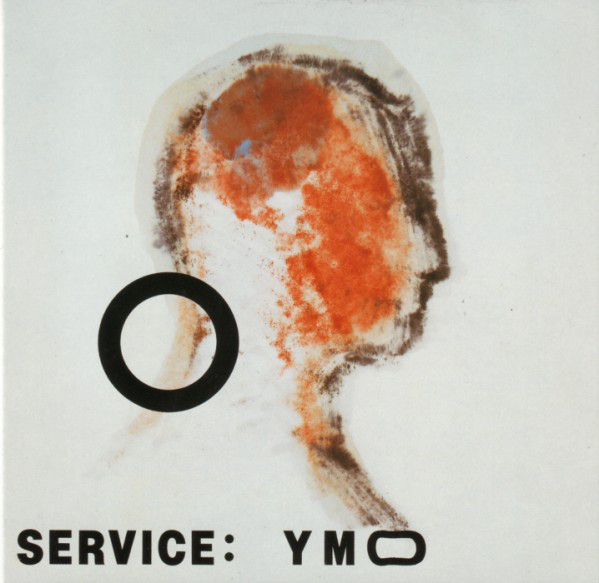 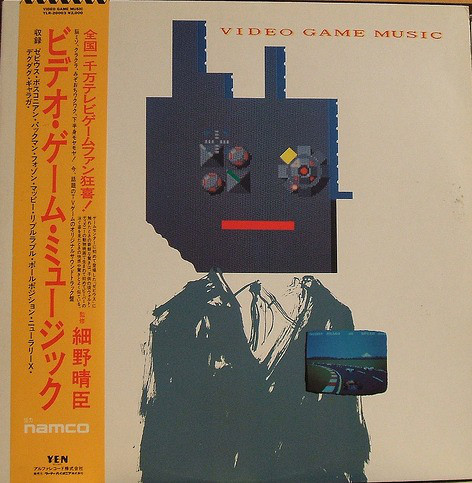 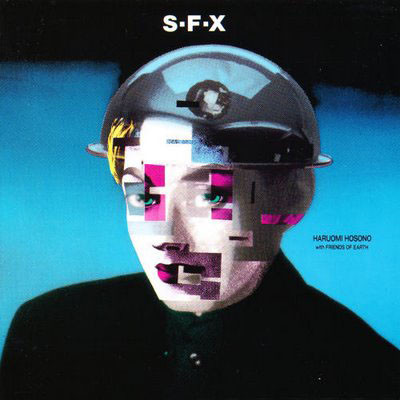 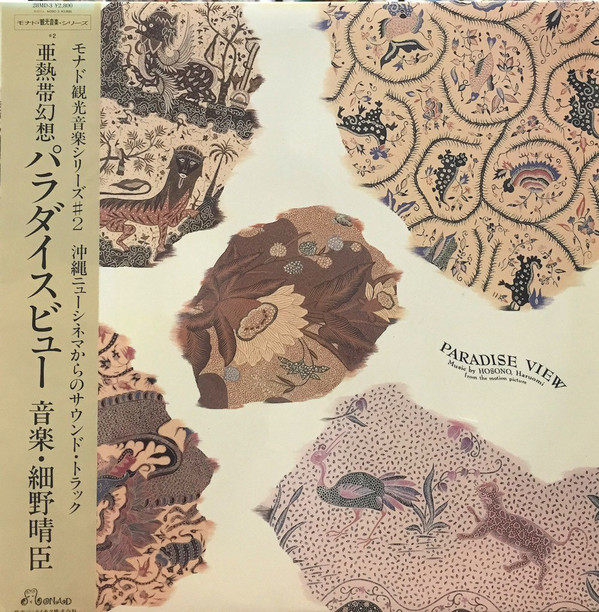 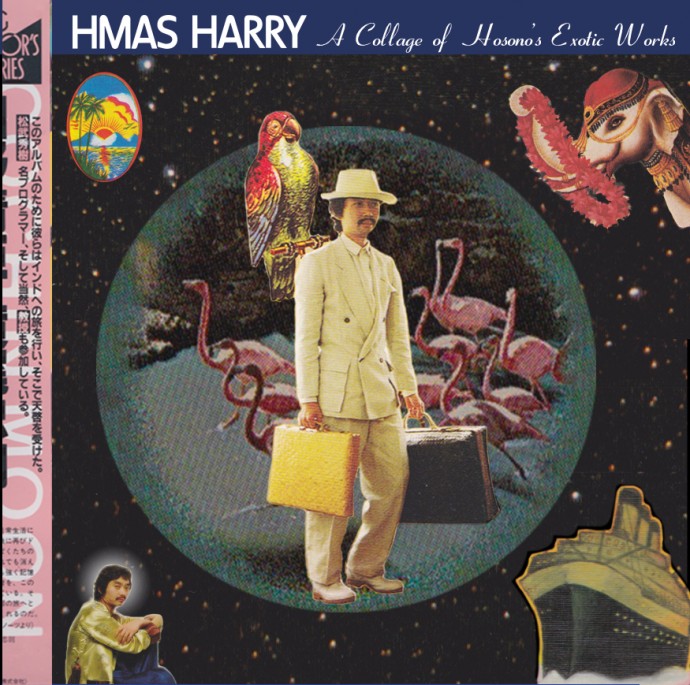 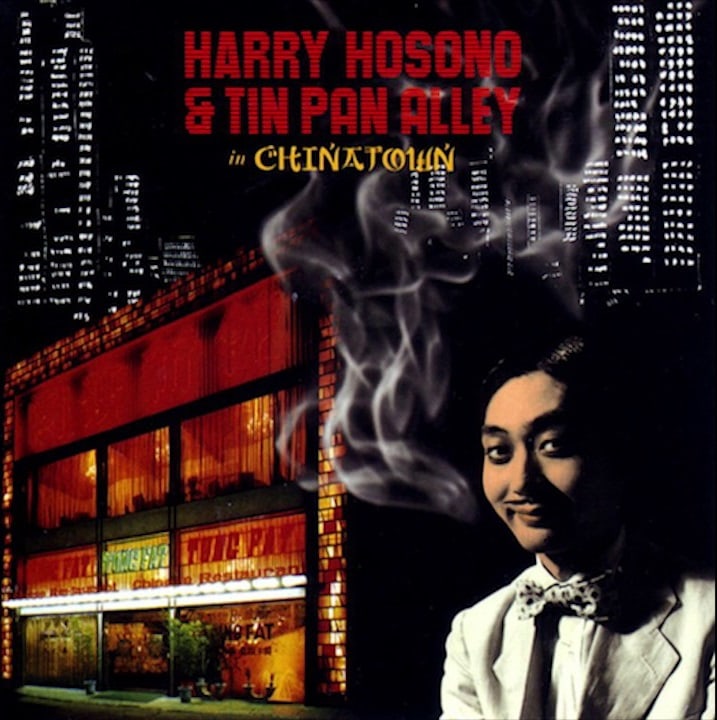 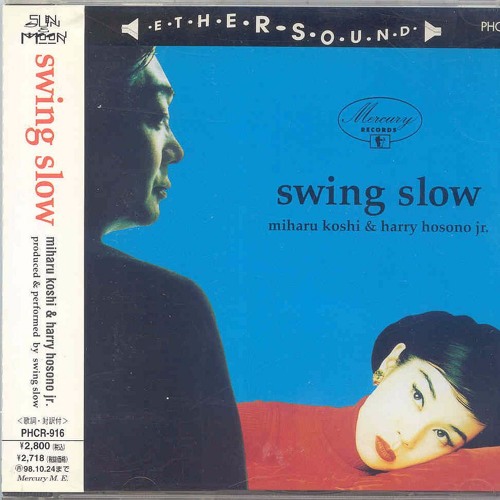 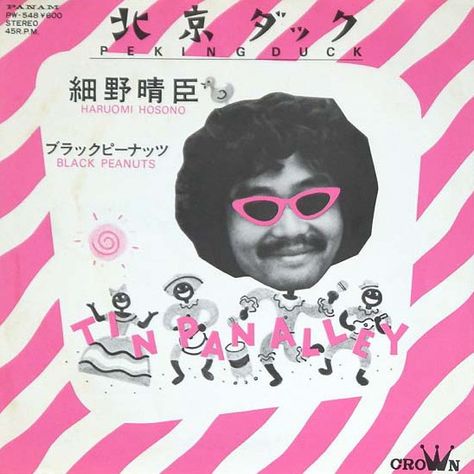 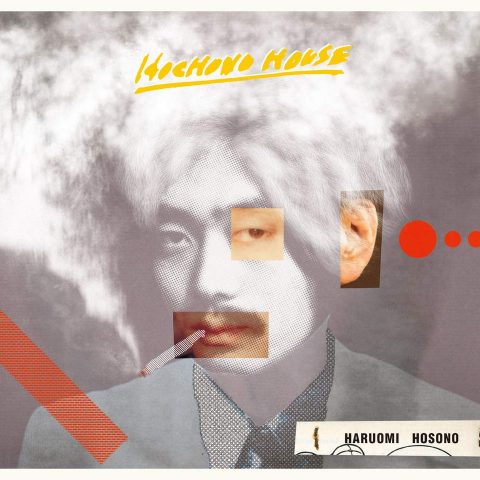 The popularity of Hosono's music has witnessed a resurgence in recent years, leading Light in the Attic records to re-release a remastered collection of Hosono's major exotica-era albums for their first online and physical worldwide release. Last year, Haruomi recorded and released a new electronica reimagining of his debut album Hosono House, entitled Hochono House. He was also the focus of a new music documentary "No Smoking."